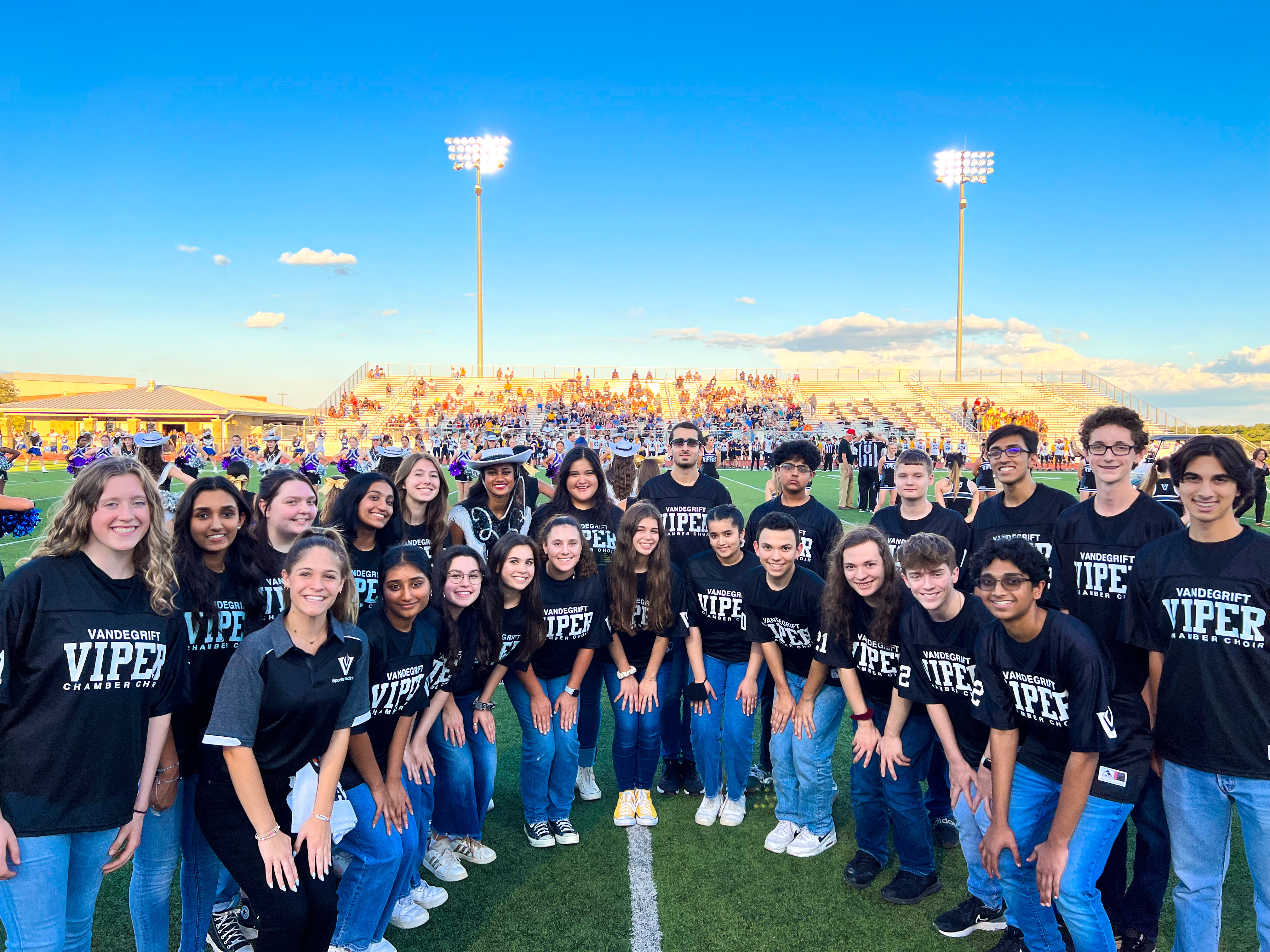 Bio: Vandegrift High School is a young school in Leander, TX ISD and is just starting its 14th year. The group fluctuates between 24 and 32 members and are selected by audition, representing grades ten through twelve. The ensemble meets every other day for 90 minutes as a varsity mixed ensemble, and 90 minutes each week outside of school hours. The VHS Chamber Choir is a diverse group of high school students representing multiple ethnicities and gender identities. We often perform music that is representative of people that are marginalized or underrepresented in an effort to celebrate and learn from our diversity.

Ensemble Statement: The Vandegrift HS Chamber is made up of a diverse group of students from multiple cultures, ethnicities, and gender identities. One of the priorities of this ensemble is performing music that celebrates the diversity in the world. This diversity is represented in transgender composers, members of the LGBTQIA+ community including works from Craig Hella Johnson's "Considering Matthew Shepherd," and music from areas of the world facing turmoil and hardship like Syria and Iran. We make efforts to represent music by female composers, and talk about how there is a lack of this music in the world, and how important it is to make efforts to find music from underrepresented people groups. We prioritize this because we feel that when we sing the music of people that we don't know or don't understand, it helps us to connect with them. It is that connection through music that brings us all together and shows that diversity is colorful and beautiful.