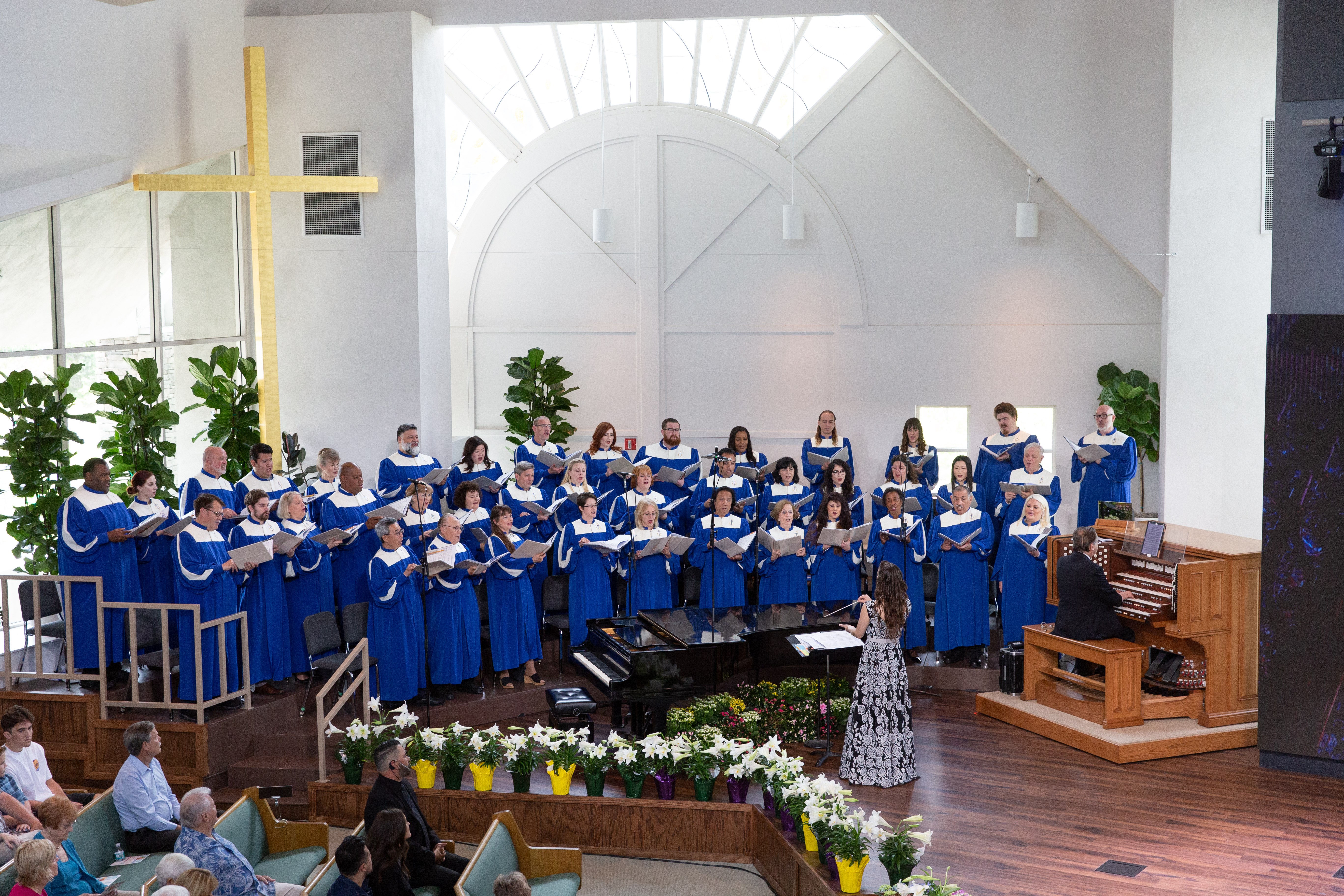 Bio: Hour of Power Choir is made up of 36 volunteer and professional singers from the Los Angeles/Orange County area. The ensemble believes that the universal language of music has the possibility to bring great joy, peace, and healing to its listeners. The HOP Choir can be heard in the weekly international Christian television program, “Hour of Power with Bobby Schuller”. Broadcast in over 56 countries, the HOP Choir leads millions of viewers each week in worship. The ensemble has performed extensively throughout the Netherlands and Germany, regularly sings new music, and performed at the ACDA national virtual conference in 2021.

Ensemble Statement: The Hour of Power Choir is united by their creed, which is centered on inclusion and respect for all people. Made up of 36 volunteer and professional singers in the Orange County/ Los Angeles area, they are proud of the diversity of their ensemble, and they are committed to one another through their shared faith. The HOP Choir collectively has the privilege of performing and ministering to over 4.3 million people globally each week in musical worship via the international television broadcast “Hour of Power with Bobby Schuller”. Additionally, the ministry has a mentorship program with school-age singers in the region that aims to promote the highest level of choral excellence through the performance of culturally engaging and diverse programming of sacred repertoire. As an ensemble, they are actively committed to their community. They regularly take part in programs to feed the homeless, and regularly raise money for their global ministry. Through their music, they affirm that you belong before you believe and live out the declaration that we’re not what we do, we’re not what we have, we’re not what others say about us, but we are all the beloved.