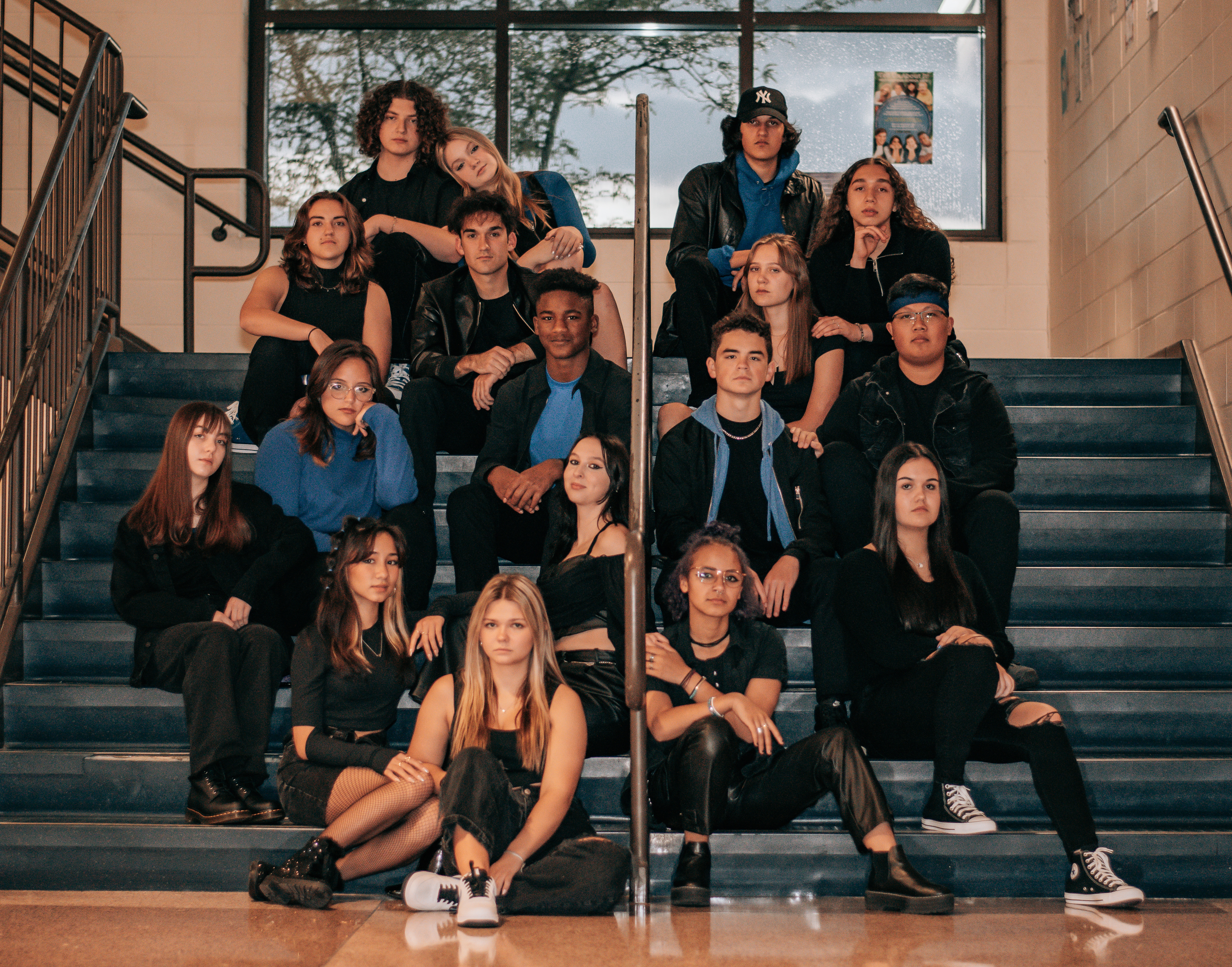 Ensemble Statement: Shades of Blue A Cappella is the premier Contemporary A Cappella Ensemble of the Jaguar A Cappella Program at Hilliard Bradley High School in Hilliard, Ohio. Made up of students in the 9-12 grade levels, they are selected after a rigorous audition process that takes place in the Spring. These singers are also a part of one of the five curricular choirs of the Bradley Choir Program. They rehearse daily as a class as well as once a week in the evening and on an occasional Saturday. Initially established as a chamber ensemble upon the opening of Bradley High School in 2010, they have evolved into one of the most successful high school a cappella groups in the Midwest. They perform on three at-home concerts a year as well as for a variety of community organizations, including the City of Hilliard, Hilliard City School District, the Columbus Clippers, and many more. Recently, they have made studio recording a part of their culture, and have now released their first EP as well as seven singles, which are available on all streaming platforms. They have also enjoyed building their online community on TikTok, having gone viral with their rendition of Taylor Swift’s “EXILE.” Their debut EP, entitled “Courage,” has been nominated for “Best High School EP” at the 2022 Contemporary A Cappella Recording Awards. They have competed at the Varsity Vocals ICHSA Tournament for 5 years, consistently placing within the top 2 groups for four years. Most recently, they were one of 10 featured high school groups at the National A Cappella Convention in Orlando, FL. The singers of Shades of Blue A Cappella love building their community through vocal music and serving as ambassadors of both the HCSD and the larger A Cappella demographic.